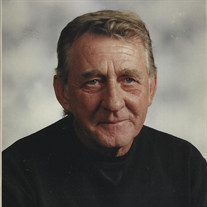 Bill passed away the morning of March 23, 2020, at his kitchen table, drinking coffee. Bill wanted his obituary to simply say "Bill's dead." This is his story as his wife knows it. Bill was a hardworking, patriotic American whose world was... View Obituary & Service Information

The family of William "Bill" Hoare Jr. created this Life Tributes page to make it easy to share your memories.

Send flowers to the Hoare family.