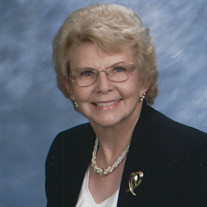 Viola “Vi” Walchuk, 82, passed away on November 3, 2021, after a long battle with cancer at the home of her daughter and son-in-law, Dena and Glen Gormely. Vi was born to Jennette “Nettie” (Jones) Watts and Elmer Watts in White Pine, Montana, on May 14, 1939. Her family moved to the Mission Valley, and she attended school in Charlo where she was a very good student. She was also a drum majorette, and she taught 7th and 8th graders how to twirl a baton. She made many life-long friends in Charlo, and she graduated from Charlo High in 1958. Attending all-school reunions was something she always looked forward to. She loved spending time with her friends, catching up and sharing memories. Vi met Anton “Tony” Walchuk on a blind date. He was an excellent dancer and she loved to dance. So much in fact, that she once wrote, “Dancing became my life.” Tony and Vi won several dance contests while they were going together. People used to clear the dance floor just to watch them. They loved to listen to Charley Pride, and he used to stop and announce them when they came to the dance floor. She married Tony on January 17, 1959. Tony was Catholic, so Vi went through RCIA and was baptized into the Catholic Church before she and Tony were married. In 1962 they bought 15 acres east of Ronan and made that their home. Tony and Vi had two children, Dena and Dale. Vi worked at a department store in Ronan where one of her responsibilities was buying toys, gifts, and small appliances for the store. She particularly enjoyed the annual buying trips to Chicago and taking in live Broadway style shows while there. She moved to Corona, CA (Los Angeles area) in January 1989 and she and Tony were divorced in December 1991. While in California, Vi worked for Nordstrom’s. She loved fashion and enjoyed working on the sales floor. She became a personal shopper for several of her clients. She also worked in collections. She won many awards while working for Nordstrom’s, including the “All Star” award which is the most coveted award an employee can receive. While in California, she met her “closest and very best friend,” Paul Leite. Paul bought acreage in Canyon Creek, Montana and put a modular on it. Vi returned to Montana in 1996 and lived in Canyon Creek until February 2021. Family was everything to Vi, and she became a grandmother in 1990 when Levi was born. In 1995, Krista and Holt were added to the family. The reason Vi moved back to Montana was to be near her grandchildren. Her youngest grandchild, Jason, was born in 1997. Moving back to Montana was a big decision. She had been in California for close to eight years, so coming back to Montana meant starting over with everything…a sacrifice she willingly made to be closer to her family. Upon returning to Montana, Vi went to work for State Fund, first as an Administrative Assistant and later as a Help Desk Analyst. She retired on December 31, 2004. Her love of dance never diminished, and she was thrilled when her granddaughter, Krista, asked to take up Irish dancing. Vi traveled all over to Irish dance competitions with Krista and Dena for several years. She was a very good seamstress and used her skills as costume manager for the Tiernan Irish Dancers. Even after Krista graduated and was no longer dancing, Vi continued to work with the group, serving in this capacity for ten plus years. She valued the friendships she made with members of the group. Vi was proud of her Catholic faith and her Irish heritage. She became a member of Bible study groups and the Ladies Ancient Order of Hibernians. She made many good friendships through her participation in these groups and her involvement in the Church. She cherished them all. She was a very strong, loving, faith-filled, independent woman. She was still living by herself at the base of Fletcher pass and doing all her own snow plowing at the age of 78. Her friend Paul moved to Montana in 2017 and Vi was diagnosed with cancer in 2018. Upon getting the news and leaving the doctor’s office, she said there was a very strong, distinct smell of roses when she got into her car. She had ultimate faith and trust in God. When you asked how she was doing, she would smile and say, “Pretty good,” even when she wasn’t. She never wanted to live with her children, but she moved in with Dena and Glen in February of 2021. She dreaded the thought of having to go to a nursing home, and by the grace of God, we were able to keep her home until she passed. Vi was preceded in death by her parents, Nettie (Jones) Sammons and Elmer Watts; her sister, Evelyn Clayton; and her former husband, Tony Walchuk. She is survived by her children, Dena (Glen) Gormely and Dale Walchuk; her grandchildren, Levi (Grace) and Holt Walchuk, and Krista and Jason Gormely; great grandchildren, Chloe, Ross, Ryon and Hazel; several cousins, and numerous nieces and nephews. A funeral Mass will be held on Wednesday, November 24, 2021, at Sts. Cyril and Methodius Catholic Church, in East Helena, MT at 10:00 a.m. The Mass will be proceeded by a rosary at 9:30 a.m. and will be immediately followed by a reception. Burial will take place at 4:00 p.m. at Mountain View Cemetery in Ronan, MT.

The family of Viola "Vi" Walchuk created this Life Tributes page to make it easy to share your memories.

Send flowers to the Walchuk family.