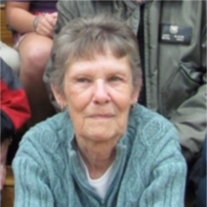 Susan McElravy Mattson born on October 3, 1944 to Leroy and Emma McElravy, Susie lived most of her life in Townsend. She passed away on July 24, 2019, after a brief battle with lung cancer at the Broadwater Health Center with family by her side.
Susie was married to Gary Mattson and they had four kids together, Mark, Jennifer, Jeff and Ryan. They later divorced and Susie met Will Boegli and they have been together for the past 27 years.
She is survived by her life partner, Will, her sons Mark (Gina) Mattson and Ryan (Felisha) Mattson, her daughter Jennifer (Bob) Sorheim, her grandchildren Cheyenne Mattson, Dylan and Taylor Sorheim, Chase Mattson, Cameron, Hannah, Deegan Mattson and Rylan Hoveland, her brother Clayton (Sheryl) McElravy, brother -in-law Blair (Punch) Bratlien, many nieces and nephews, and Will’s family, Terri, Dee and Paul.
She was preceded in death by her parents, her sister Carole (Nan) Bratlien and son Jeff Mattson.
At her request no services will be held. Big Sky Cremations assisted the family with the arrangements. Susie’s family would like to thank Frontier Hospice, Broadwater Health Center and Dr. Weiner and staff for the compassionate care and respect given to her in her last 2 months of life.