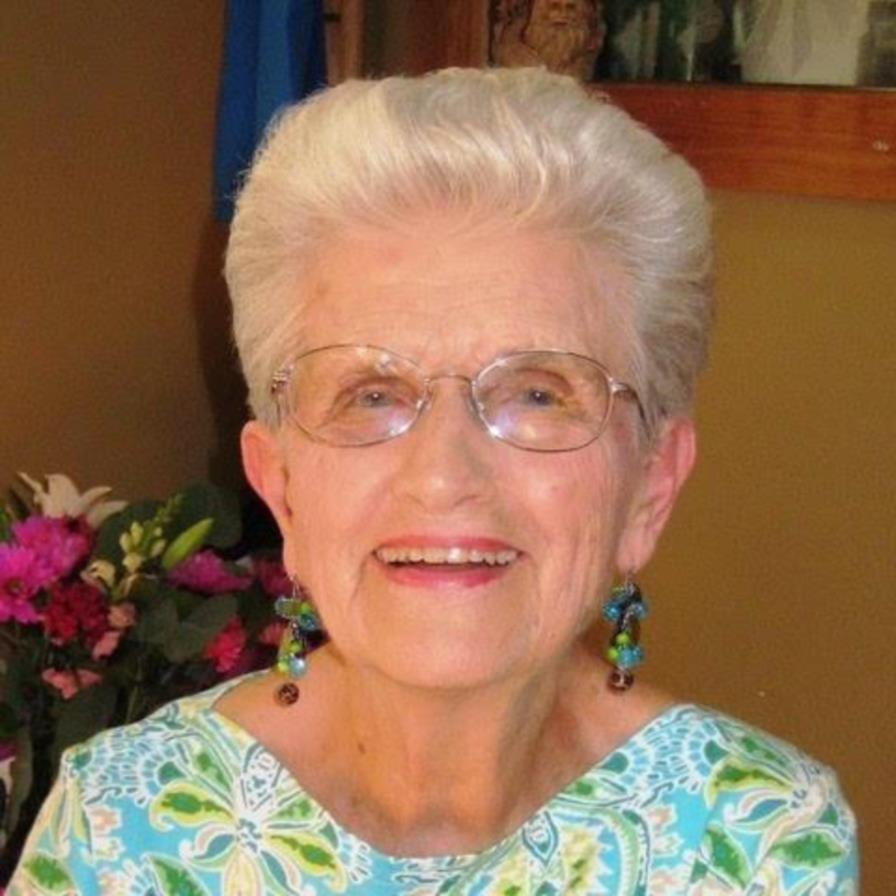 Ruth Cullen, 93, of Helena, died on Sunday, June 21, 2020. She was born on July 11, 1926 in Cresbard, SD to Dyce and Elsie Bowman. Ruth was the youngest of five children and lived on the farm until the age of 16, when her family moved to Sioux Falls, SD. After finishing high school, she attended Sioux Falls College and graduated in 1948. In her senior year of college, she met Russell Klay Smith and the two fell in love. While Russ finished college, Ruth worked as a high school teacher in Milbank, SD, teaching American literature, speech and debate. Russ and Ruth were united in marriage on June 11, 1949 in Sioux Falls. Together they had five children, Mark, David, Marcia, Brad and Pam. One of Ruth’s greatest sorrows in life was to lose her son, Mark, age 7, to leukemia in 1959.

Extended family gatherings were always important to Ruth; she made sure her kids got plenty of cousin time. The Bowman clan was mostly in Sioux Falls, and there were lots of picnics in the parks, swimming and play when we visited. Every other year Mom always made sure we attended the reunion on the Smith side at Lake Okoboji in northwest Iowa, making long-lasting memories and connections.

Russ was transferred from Minneapolis, MN to Helena, MT in 1963 with US Bank. Shortly after the move, he bought his first boat, a 14’ fishing boat. We got caught in a storm at the Gates of the Mountains and with the whole family aboard, the waves were crashing over the bow. That boat went away quickly, and Russ bought a bigger, safer one for his family. Boating at the Gates became a big part of our summers, we got a slip in the docks out there and have kept the same one since the late 60’s. Russ passed away in 1987 shortly after he retired.

Ruth then married Don Cullen in November 24, 1990.The two were a great match and traveled extensively all over Montana, to Europe, the Caribbean, Mexico, Canada and every state except CT and SC. Ruth and Don enjoyed dressing in their fine square dance outfits and shined on the dance floor. They were both active and together attended exercise classes at the YMCA three days a week well into their 90’s.

Ruth was never employed outside the home after having children but remained very active to the end. Ruth was also very active in Daughters of the Nile since 1967.She served as Queen of the Sapphira Temple 1982-83 and was Supreme Chaplain in 1996-97.Ruth also thoroughly enjoyed her time in the Sapphira marching unit. She was a member of PEO since 1972, where she was President twice and served on numerous committees during her tenure. Ruth’s PEO and Nile friends were very dear to her, and she to them. They have told us Ruth was always there when you needed her, willing to help with anything and always had a smile on her face. She was a great friend.

Ruth volunteered for HOSTS tutoring students for 16 years, was a Mother Advisor for Rainbow Girls, volunteered with Community Concert Assn., Red Cross blood drawings, election judge, and was a long-time member of St. Paul’s Methodist Church serving on many boards and committees. As a member of Last Chance Tennis Assn., Ruth was an avid tennis player and enjoyed playing until she was almost 80. She also made it a point to hike up Mount Helena on her birthday for many years, and she was thrilled to be a flower girl at age 92 for her granddaughter Danielle’s wedding.

Ruth dearly loved her entire family and always made sure each one felt special. She is survived by her four children, David (Karlee) Smith, Brad (Leslie) Smith and Pam (Dan) Prebil all of Helena, her daughter Marcia (Warren) Patrick in Kailua, HI, and stepdaughter Connie (William) Lange of Newcastle, WA. Ruth had 9 grandchildren: Michelle (Cam) Siggs, Rachel (Abe) Webb, Stacy (Nik) Aleksich, Chris Smith, Katie Smith, Jesse Smith, Josh Prebil, Danielle (Jon) Starkey, and Allison (Matt) Macy. She also had 6 great-grandchildren: Sadie, Cora, Amber, Brooke, Levi, and 5-week old Myles, whom Ruth was never able to meet in person due to Covid restrictions. Ruth was also survived by her second husband Don Cullen, however, we believe he only stuck around long enough to make sure she was on her way. Don passed just five days after Ruth on June 26, 2020.

The family would like to express their gratitude to Hospice of St. Peters, and Rocky Mountain Care Center for their wonderful nurses and caregivers. The extra TLC given to both Ruth and Don during their last weeks is greatly appreciated.

A private family service will be held for both Don and Ruth together later this week. A larger Celebration of Life for Ruth and Don will be held at a later date when the Covid situation allows for safe family travel. Memorials in Ruth’s name may be made to the Shriners Hospitals for Children. Your memory or story about Ruth may be shared at www.helenafunerals.com.