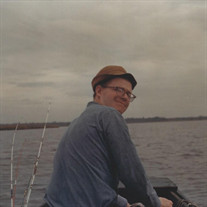 Roger Eugene “Butch” Carey. Born Oakland, California, October 31, 1944. Died May 27, 2020, Helena Montana. Roger was born to Roger B. Carey and Josephine De Poyster Carey on October 31, 1944. After the end of WWII, the family moved to Laramie, Wyoming and resided there until his father finished college. The family moved to Washington, D.C. in 1950. In 1952, The family moved to Great Falls, Montana where his father worked at Malmstrom Air Force Base. Montana was where Butch learned to love fishing and hunting. In 1961, the family returned to the Washington, D.C. area and lived in Northern Virginia. Roger graduated from Falls Church High School in Falls Church, Virginia in 1963. After high school, Roger attended Harding University in Searcy, Arkansas. He graduated with a degree in Political Science in 1968. After college, he joined the United States Army and was stationed at Pirinasens Army Depot, Husterhoeh Kaserne, Pinnasens, Germany. After his honorable discharge from the Army, Roger returned to Montana and went to work on the family farm at Fort Benton, Montana. Roger never farmed or raised livestock before so he learned it all the hard way. Roger continued to farm off and on when he was not attending college or teaching school. Roger attended Helena Vo-tech in Helena, Montana and studied diesel mechanics. He met Jeanette Bach and they married in June 1984. Roger also attended Montana State University where he earned a teaching certificate. Roger taught school at 3 different Hutterite Colonies in Central Montana. Roger earned a Juris Doctor degree in 1993 from the University of Montana Law School. He was admitted to the State Bar of Montana and practiced law in Helena until his retirement. Roger was a member of Morning Star #5 Masonic Lodge and served as Worshipful Master. He was also a member of Marysville Lodge #51 and York Rite. Roger loved to read and was an avid History buff. He loved Jazz music, hunting and fishing. Early this year, he was told he would need to start dialysis. Roger had surgery at the VA Hospital to prepare for dialysis but, became septic due to complications from surgery. Roger died at Saint Peter’s Hospital, Helena, Montana on May 27"’ He was preceded in death by his parents Roger and Jo Carey, and his wife Jeannette Bach. He is survived by his sister Cyndi Thornton of Fallon, Montana, nephews, one niece, and grand nephews and nieces: David and Tina Poncin and their daughter Camille of Pray, Montana; Greg Poncin and children Lavine Geyer-Blair, Nolan Poncin, Akeelah Poncin, and Moneque Poncin of Kalispell, Montana; Aaron Bech and wife Kaarin Ekstrum, and their children Annika and Colin; Nathan Bech of Portland, Oregon; Luke and Michelle Thornton and their children Alyssa, Connor and Ayddan of Butte, Montana; Ian and Sandra Thornton of Burien, Washington; Sarah Thornton and son Dylyn Bejarano of Lynnwood, Washington. He is also survived by sister-in laws Eileen Bech of Kalispell, Montana and Emily Poncin of Grangeville, Idaho. Roger will be remembered for his unique sense of humor and the stories he could “spin”. Should anyone desire to make memorials in Roger’s name they can be made to the Shriner’s Children’s Hospital or the Masonic Home in Helena, Montana.

The family of Roger "Butch" Carey created this Life Tributes page to make it easy to share your memories.

Send flowers to the Carey family.