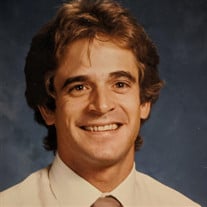 On the evening of September 19, 2019 at 9:27, Mike lost his battle with cancer. He left on his own terms, at home and surrounded by the people he loved. Mike was born September 9, 1959 in Billings, Montana. He was one of four children and the first son of Bob and Mary (Punky) Graham. Mike graduated from Laurel High School in 1979. He then worked for the Railroad. That is when he met the love of his life, Jean Friez, in Forsyth, Montana, in the summer of 1979. Mike and Jean were married on November 1, 1980. Mike went on to get his Bachelor’s degree in Social Science from Eastern Montana College (M.S.U.B.) following in his Dad’s footsteps. Mike was an educator, P.E. Teacher, Coach, and Athletic Director. He taught in Denton, Sacred Heart Catholic School in Miles City, and Rapelje. He ended his teaching career in Helena at the Mountain View School for Girls. After teaching he put a hammer in his hands and never put it down. Mike was known by many names. To his parents he was Michael, to his hometown friends of Laurel he was “Spanky”, to his students he was Mr. Graham, to his players he was coach, to his numerous nieces and nephews he was Uncle Donald (due to his perfect rendition of “Donald Duck”), to his six children he was Dad, but his favorite name to be called was “Papa” by his eight grandchildren. Mike enjoyed fishing and boating, the outdoors, wildlife, camping, road trips in “the van”, building things with his hands, celebrating holidays, dressing up for Halloween, going a little overboard with outside holiday lights, and battling it out in the annual Graham Family 4th of July Croquet Tournament. He was preceded in death by his grandparents Fred and Margaret Graham and his Dad, Bob Graham. Mike is survived by his best friend and wife, Jean, of 39 years, their six children Erica (Jacob), Tony, Michael (Shelbi), Cory (Beth), Curtis (Kayla) and Karlie, his eight grandchildren, Amy, Jamie, and Timothy Taylor, Isaiah, Kaine, Farrah, Kiley, and Madison Graham. He is also survived by his Mom, Punky, his sisters Cheri and Shelly, and his brother Lance. He also leaves behind many other family members, nieces, nephews, friends, and his four legged best friend Koda.

On the evening of September 19, 2019 at 9:27, Mike lost his battle with cancer. He left on his own terms, at home and surrounded by the people he loved. Mike was born September 9, 1959 in Billings, Montana. He was one of four children and the... View Obituary & Service Information

The family of Robert "Mike" Graham created this Life Tributes page to make it easy to share your memories.

Send flowers to the Graham family.