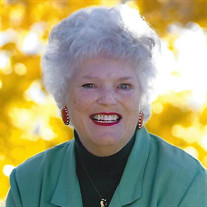 On the morning of January 27, Nancy Wanda Wornath, age 80, went to be with her Lord and Savior, Jesus Christ, following a month-long illness. Nancy was born in Malta, MT to Vern Pete Misner and Mikeal Terese Howard, the youngest of four children. She was raised in Lewistown and Zortman before settling in Great Falls where she attended local schools. Nancy married and divorced several times, but was blessed with two daughters and two sons from these marriages. Nancy married Robert Wornath in Great Falls on June 5, 1976 and soon after both she and Bob gave their lives to Christ. They moved to Helena in 1977 where she was a homemaker, professional housekeeper and a telephone fundraiser throughout the years. She always felt one of her greatest achievements was raising several million dollars for Right to Life while working at Treasure State Development. Nancy became involved in Prison Fellowship Ministries in Helena following the murder of her youngest son and was known to many as “Grandma Angel Tree” during the years she ran Project Angel Tree each Christmas at the mall. She later became a victims’ advocate for Victim Witness Assistance Services. She enjoyed camping, fishing and going to weekly garage sales with her husband in the summers. Nancy developed many health problems later in life, but her love for her Lord, her family and friends was always evident despite her hardship. She was preceded in death by her parents, siblings and youngest son, Jack Parsons. She is survived by her husband and daughters, Mikeal (Gary) Hajek of Great Falls, and Melody Lundquist of Helena; and son, James (Sandra) Lundquist of Great Falls. She is also survived by grandchildren, Stephen Hajek of Whitefish; Tyson (Laura) Hajek, Brittany (Chris) Barrett and Crystal (Dennis) Skinner, all of Great Falls; great-grandchildren Maverick Hajek, Kamryn King, Braydon & Brody Barrett and Sawyer Skinner. She is also survived by a niece, Medora Starr Azure of Great Falls; and many “adopted” children, grandchildren and great-grandchildren. Cremation has taken place and a private memorial service will be held at a later date.

On the morning of January 27, Nancy Wanda Wornath, age 80, went to be with her Lord and Savior, Jesus Christ, following a month-long illness. Nancy was born in Malta, MT to Vern Pete Misner and Mikeal Terese Howard, the youngest of four children.... View Obituary & Service Information

The family of Nancy Wornath created this Life Tributes page to make it easy to share your memories.

Send flowers to the Wornath family.