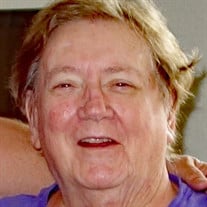 We knew her as “Beecie”, the Veterans Administration knew her as “Margaret”, St. Peter’s Hospital co-workers knew her as “Felice”, and her cats by the sound of a can opener. She was born in Butte, Montana on the 3rd or 4th of February 1944. Every year, her father kidded about her real birth date. Her mother insisted it was the 3rd. Her father mock-insisted it was the 4th. It was an annual ritual that improved over the years. She kidded back, saying she deserved two birthday cakes because they couldn’t agree on the correct birthdate. She was, stated simply, happy to be here. Every day of life included a smile – sincere and bright. Started elementary school in Butte; moved to Helena in 1952, then St. Helena’s grade school and Cathedral high school. At St. Mary’s University in Leavenworth, Kansas, she started in music, switched to nursing, and finally, at Carroll College, her Medical Record Librarian degree. Felice had more college credits in total than her siblings, but only had one degree because the credits from one field didn’t transfer to the new degree. She loved the Sisters of Charity of Leavenworth (SCL) in Helena and in Kansas, and she entered the SCL community for several years, taking the name Sister Stefan. In 1971 she joined the U.S. Army as a Medical Records Librarian, stationed in Colorado. She received the National Defense Service and the American Spirit Honor Award medals. After her discharge she joined St. Peter’s Hospital in Helena as a medical records librarian and transcriptionist, until her retirement. Felice was in the vanguard of new technology. Around 1988, wanting to better understand computers, she completed technical training which included assembling a personal computer. And when working online from home was still uncommon, she worked remotely as a medical records transcriptionist, utilizing private microwave and internet technology from St. Peter’s. In the early 1960s she accepted JFK’s challenge to Americans to do a 50-mile hike; hiking all night from camp near Lincoln, over Flesher Pass, to the Helena valley. Felice played flute the Helena Symphony Orchestra. At St. Helena Cathedral she was a long-term sacristan and volunteer. Sometimes, during coffee and in meetings with the bishops and other church hierarchy she would use the occasion to politely recommend progressive changes to the Church. Women deacons? To family she was sister, aunt, cousin -- always with a smile, and an open-arms, enthusiastic welcome. To telemarketers she was an engaging foil, keeping them on the line with intentionally ridiculous questions and banter, always concluding with a no-sale. Favorite things: St. Patrick’s Day in Butte (to her, everyone from Butte becomes Irish on St. Patrick’s Day!), pasties – with ketchup, not gravy!, Helena’s Vigilante Day parades, trail bike riding around Rimini, and a Truzzolino tamale or an ice cream sundae at The Parrot. Unfavorite thing: eggs with runny yolks. She loved Helena. She believed in doing the right thing, but she did it quietly. When selling her home in the valley, for example, she met with the landscape person about making her lawn and garden appealing to new buyers. After negotiations, she told him he was hired -- but only if he accepted her higher price instead of his low bid. Silently, she had considered his rock-bottom bid unfair to himself. Preceded in death by her father, John V. Fechter, Sr., mother, Ruth Lehwalder Fechter, and older sister Leona Ruth Fechter. Survived by John Vadnais (Judy) Fechter, Jr., Blaine, MN; Stefan (Kathy) Fechter, Spokane, WA; Charity (Craig) Fechter, Ennis, MT; Lisbeth (Tom) Stump, Bozeman, MT. And by her last, two, loveable cats, Audrey and CoCo.

The family of Margaret Felice Fechter created this Life Tributes page to make it easy to share your memories.

We knew her as “Beecie”, the Veterans Administration knew her...

Send flowers to the Fechter family.