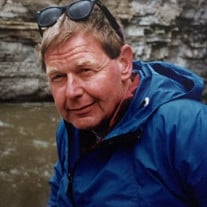 Jim G. Manning, 71, of Montana City, passed away January 12, 2019, with his significant other, Cathy Scarff, his son, Jason, and daughter, Kelly, at his side, and the rest of his immediate family close by. Jim was born in Missoula on August... View Obituary & Service Information

The family of James "Jim" Manning created this Life Tributes page to make it easy to share your memories.

Send flowers to the Manning family.