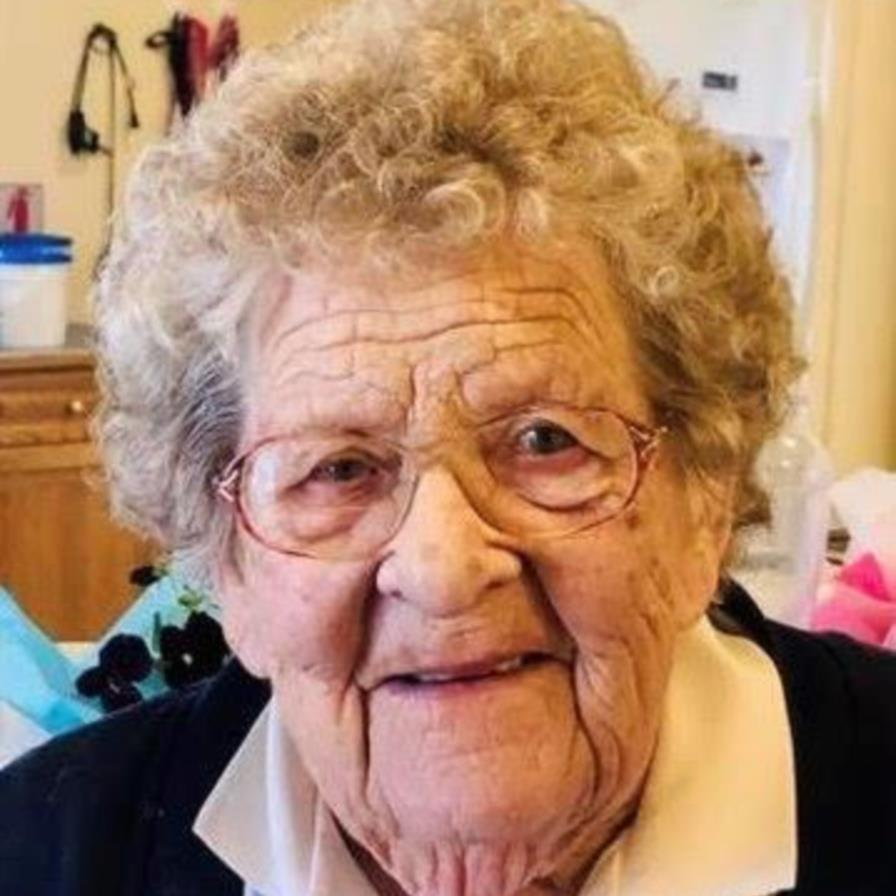 Where does one start to describe a person who has heartily embraced her entire world of people and experiences over 92 years? The story of this incredible human being is very difficult to tell right now as we go through the first few days of missing her…our Mom, role model, laughing partner, and friend. For all who knew her, she is a legend; leaving a legacy of love and laughter.

Mom came into this world surrounded by an amazing, loving family of grandmas, aunts, uncles and cousins that shaped her early beginnings. The daily agenda always included good family fun with lots of laughter and shenanigans, plenty of amazing food, along with good, hard work!

Betty’s grandma Hannah German, and later her mom Florence Smading, ran the Park CafÃ© across from the depot on Railroad Ave. Betty started waiting tables at a young age and soon grew into the people person we all know and love. This was a perfect training ground for her in Helena’s Sixth Ward, a tight-knit, front porch neighborhood where everyone knew everyone.

Betty graduated from Helena High School in 1946 and waited for her sweetheart Edgar Scow to return from the Marine Corps in WWII. They were married in 1948 and lived in Helena their entire lives except for a one-year stint when Ed was transferred to St. Paul, MN in 1964. Homesick for Montana after just a year they moved the family back and purchased their home on 6th Avenue where Betty lived for 54 years. Betty made sure she knew everyone in the neighborhood for blocks around, inviting all to backyard potlucks. She lived there until last June when she moved to Son Heaven Assisted Living.

In 1968, Betty had twins when she was 40 (the first twins born at the new St. Peter’s Hospital!). They were a girl and a boy, her fifth and sixth children. Her husband Ed died five years later in 1973, leaving her widowed with 4 of her six kids still at home. After being a stay-at-home Mom since 1952, Betty had to reenter the work force; first at Louie’s grocery, then to the State Dept. of Revenue. Her mailroom job at Dept. of Revenue meant she hand delivered mail to the entire department and became fast friends with everyone there.

After her retirement in 1990 she did water aerobics every Monday, Wednesday and Friday at the Broadwater until her late 80’s. She quickly became the hub-of-the wheel there, leading songs, greeting every newcomer making them feel welcome by introducing them to all. She cherished all of her Broadwater friends. On her days off, Tuesdays and Thursdays, she hosted lunches at her house for her kids, grandkids and anyone else who happened to pop in. It was a weekly tradition of sharing her great cooking along with lots of love and laughter! Mom always welcomed anyone and if she didn’t think there would be enough food, she made toast! This became a family joke about Grama Betty always making more toast to make sure all the bellies were full.

Gardening and music were always part of Betty’s life and our household, and often at the same time. Tending her incredible vegetable and perennial flower garden while singing her favorite tunes was not uncommon. Even the garbage men loved to come down Betty’s alley—she kept it the most colorful flower garden in town for them, as well as often offering them a treat or a beer. Plus, she never tired of watching the birds in the birdbath or the frequent deer that visited her backyard.

Mom played the piano and an accordion given her by a family friend. Then one Valentine’s Day, Dad bought mom a small keyboard organ. She played it for a day and said it was too small, please take it back. Then lo and behold he showed up with a full-size Hammond organ with double keyboard and she was thrilled. Many a holiday, birthday or potluck gathering included sing-a-longs with Betty at the keys of the organ and in her younger days her accordion. Marches, polkas, patriotic songs, hymns and Christmas Carols were at the top of her play lists and every songfest included her favorite song Montana, honoring the state she loved her entire life! Her 90th birthday was celebrated with a Sing-A-Long with Betty at the Staggering Ox. Almost 300 people showed up!
Whether it was work or play, Mom was always busy. She did volunteer work throughout her life: school, church, Boys Scouts, Walk to Emmaus, 12 years with the HOST reading program at Bryant School, 18 years at the Broadwater. She was also one of the most patriotic people you will ever meet, insisting that every week was Veteran’s Day and we should remember veterans every Friday by wearing red.

Betty is predeceased by her husband Edgar Scow, mother and father Florence and Fred Smading, brother Don Smading, and a number of aunts, uncles and cousins.

Betty leaves behind her six children, five still living in the Helena area: Marc Scow (Colleen), Karlee Smith (Dave), Jay Scow (Terry), Ward Scow, Julie Bullman (Chuck), and Gary Scow from Corsicana, Texas. She is also survived by 11 grandchildren: Cara Roberts (Tom), Shannon Pogue (Halleck), Kelly Bell (Curtis), Stacy Aleksich (Nik), Chris Smith, Matt Scow (Kara), Jamie Price (Chuck), Lissy Kougl (Mark), Ashley Scow, Landon Scow, and Hunter Bullman; 18 great grandchildren: Lucas, Hazel, Ben, Ruben, Annika, Jovie, Mazie, Nora, Amber, Brooke, Gadsden, Davny, Joseph, Derek, Kaleb, Faith, Shaye, and Sean. Even though it’s a huge clan spread all over the country, everyone on this list knows Grama Betty well because she has made it a point to embrace each one with phone calls, cards, plus lots of hugs and kisses when we’re together. Betty leaves numerous nieces, nephews, cousins and “adopted” family. YOU ALL KNOW WHO YOU ARE!! This loving family includes all of the staff and residents at Son Heaven Assisted Living for whom we will always be grateful. Her last 11 months at Son Heaven were truly a blessing to her and all of our family.

STAY TUNED: A Celebration of Life will be held late summer or fall when hugging is allowed!! There is a guess that Betty left now during COVID because she really needed to go where she could hug again!

Memorials can be made to a charity of your choice, or to Helena Food Share because Mom loved to feed people. As we say goodbye…know that she really has not died; her love and laughter will forever live in all of us!